The links bellow refer to the current state of online science, the so-called “Science 2.0”:

Scientific forums. Historically, online discussions started from mailing lists (now rarely used) and forums (still actively used today). There are several successful forums in the field of molecular biology, each of the forums below having about 20,000 registered users:

Brainstorming hubs. Currently there are not many of them, probably because the methodology has yet to be developed. They offer money for solutions of realistic problems such as patent data search or commercially relevant developments by connecting problem solvers with problem providers. Here are several selected web sites: ideaconnection.com, innocentive.com, ninesigma.com, innoget.com, bluepatent.com.

Scientific (social) networking. This is a trend in online science, which follows a general trend of social networking on the web. Main sites which already connect about a million of scientists are Twitter.com, LinkedIn.com, ResearchGate.net and Academia.edu. A list including some less known sites can be found here. 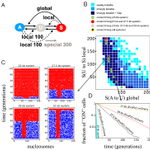 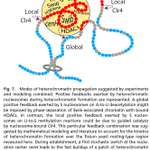