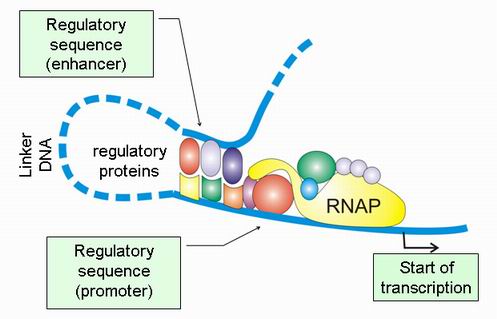 Biological systems communicate through networks of interacting gene expression modules. The elementary genetic module is the smallest group of cis-acting regulatory sites, which may be mechanistically decoupled from the entire system and still retain its function.

The output of such modules (“black boxes”) can be uniquely determined by gene regulatory functions, where input variables are the concentrations of regulatory proteins and the output is the activity of a promoter:

The ability to calculate genetic logic functions is particularly important when the native biological system is changed, for example by the introduction of a new drug, or by switching on/off some genes in the gene therapy: